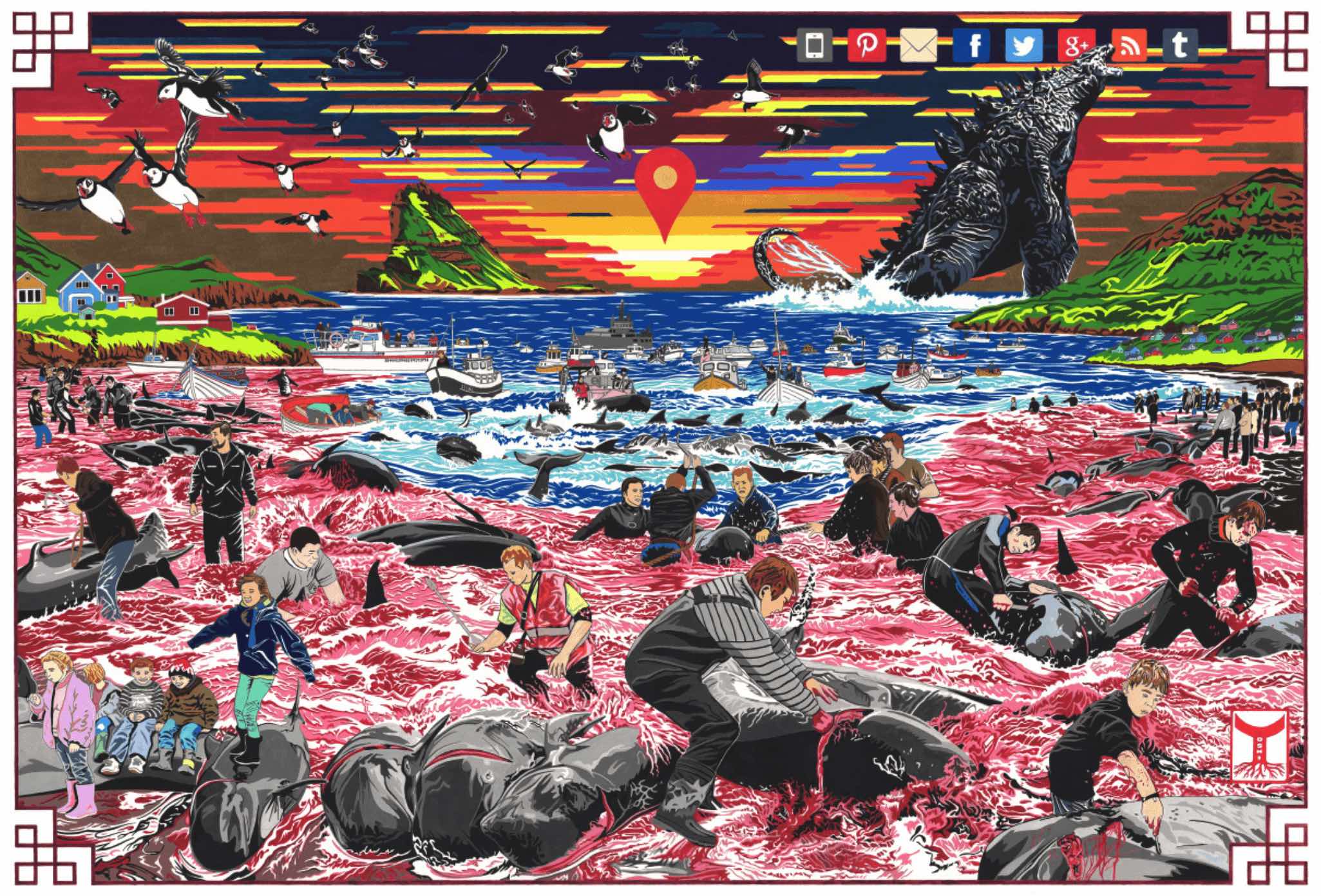 Jave Yoshimoto is an Asian-American painter whose work explores social issues and identity in detailed, graphic paintings. Merging harsh reality with fantasy, Yoshimoto’s work often depicts environmental crises and natural disasters alongside mythical creatures in vibrant color. In an age of constant information, Yoshimoto aims to preserve and draw attention to the tragedies caused by climate change before they get washed away in the news cycle. 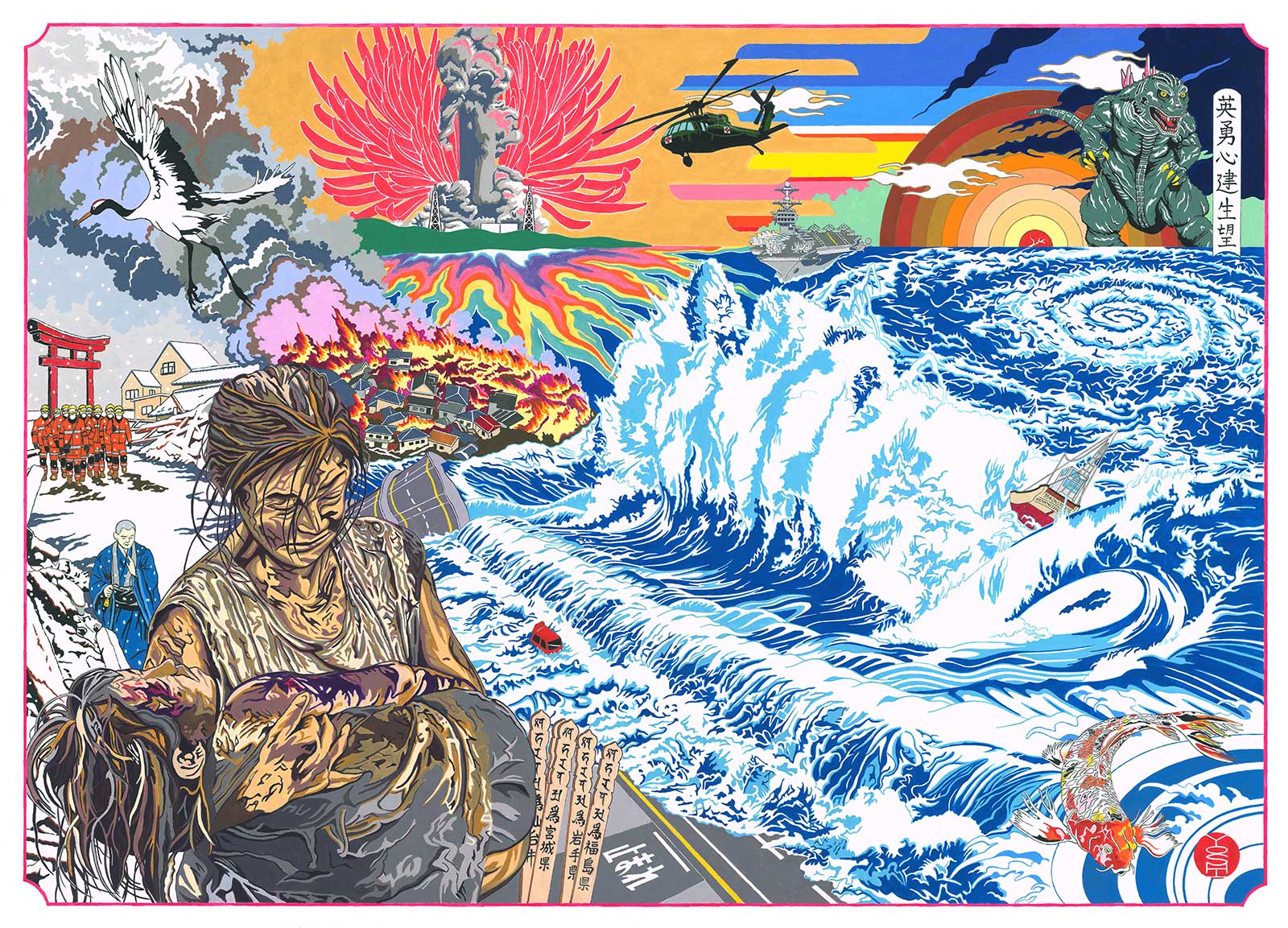 The frequency at which natural disasters occur is directly linked to human impact on the environment. In 2020, there were 22 disaster events in the US alone that exceeded $1 billion in losses, for a grand total of $95 billion [1]. This is more disasters than in any previously recorded year. Climate change increases the likelihood of and exacerbates the effects of heat waves, drought, hurricanes, floods, algal outbreaks, and wildfires, all of which eliminate habitats and destroy life on Earth [2]. Yoshimoto focuses in particular on the human cost of natural disasters, often framing his work around victims and onlookers. In 2019, 24.9 million people across the globe were newly displaced due to disaster events [3]. 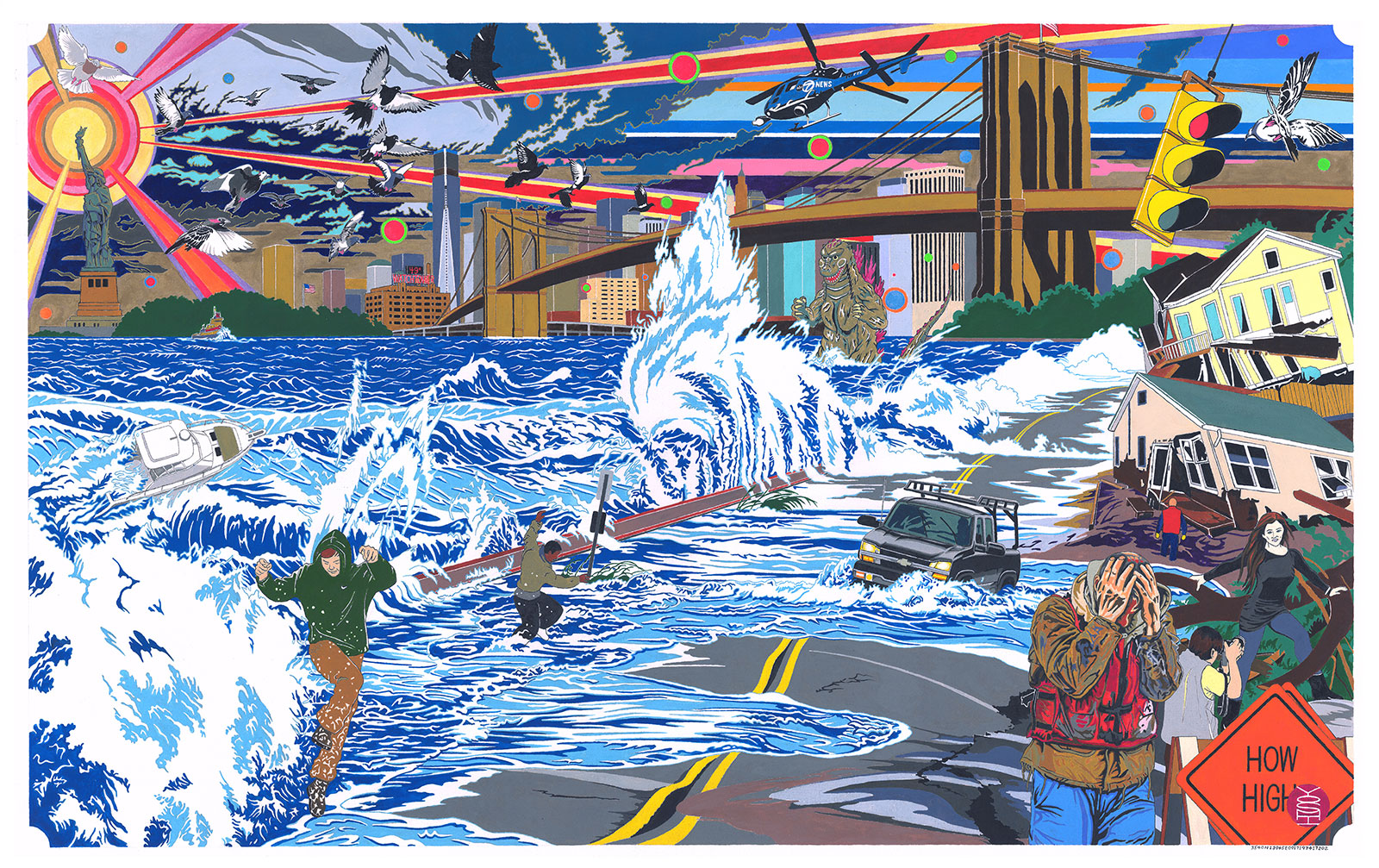 Editor’s note: Particularly striking to me is Yoshimoto’s painting Numinous Lethologica, a gory depiction of modern whale and dolphin hunting. Behind a foreground of blood and animal carcasses, Godzilla turns away and screams helplessly toward the sky— a dark giant of hopelessness in direct contrast to the piece’s colorful, psychedelic character.